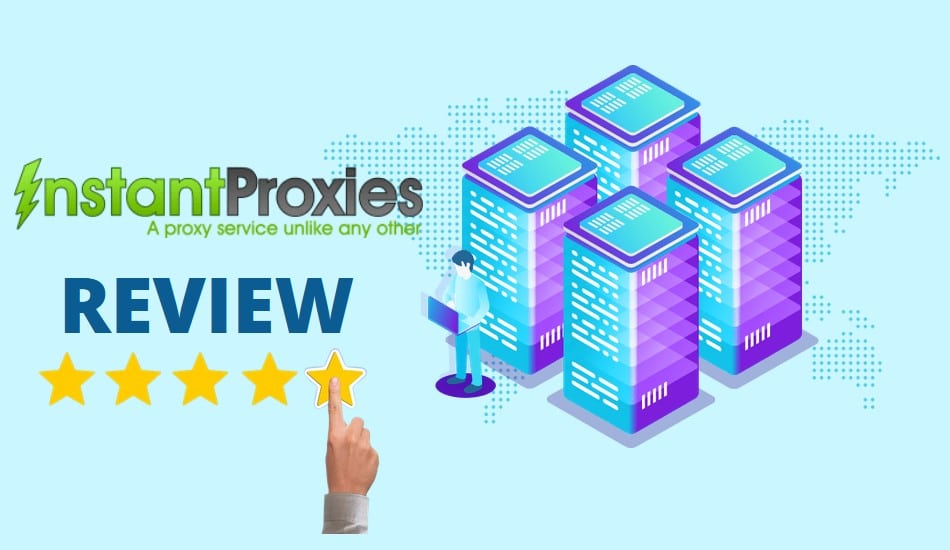 Instantproxies is the cheapest among popular private providers and focused on private proxy packages, which is based in USA.

Just like its name, Instantproxies is one of the fastest responsive servers. It is also one of the cheapest. Its values mainly revolve around one dollar for one proxy. Among other elements that you might like with Instantproxies, they include.

It does not disclose a specific location: The company states that it has datacenters in the USA and Europe. However, Instantproxies does not mention the particular areas it covers.

Do not support SMPT Emailing: SMPT emailing is one of the most effective coding software in Emails, and Instantproxies does not support this software. 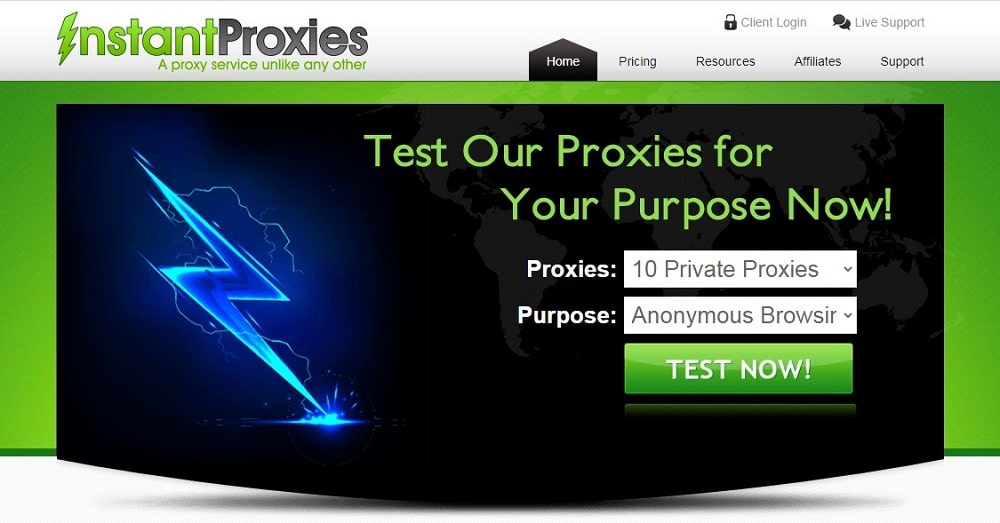 Primarily, you can use the private proxies as a general proxy coverage for a website browsing or use it on specific sites. Whether you are a geek, a student, or you need web scraping, you may benefit from Instantproxies' general browsing proxies. Here, you can use Instantproxies to scrape billions of data and access limited local or scientific content.

Secondly, the dedicated proxies specialize in specific genres like social media, sneaker sites, Amazon or SEO. In other words, Instantproxies supports bots used to scrape and unblock restricted information on such genres. Therefore, if you are a trader and wish to sell your brand, you may consider proxies like Facebook proxies, craigslist proxies, SEO, or Sneaker proxies.

Instantproxies offer one of the cheapest proxies. For example, the least proxy price may start at ten dollars for ten proxies, and the price can go up to 500 proxies for $500. If you look at the trend on Instantproxieshere , you will realize the coefficient of its pricing is one proxy for one dollar, which is a lower price in general.

Another good thing with Instantproxies' pricing is that all values are similar to all of its plans. That means that a dedicated proxy like Facebook proxy costs the same as for sneakers or general private proxies. Therefore no hassle of analysing different pricing plans, which always takes time.

Unlike most proxy providers that use both username/password and IP Authentication, Instantproxies only provides IP authentication. Using IP authentication is advantageous when you have a batch of proxies which would prove tricky to key in different usernames or passwords for each.

When you register to Instantproxies, it provides at most ten ports for IPs which you can authenticate or whitelist. Mostly, these IPs are tied to Internet service providers (ISP).

If by now you have been asking yourself how Instantproxies makes you anonymous, your answer is in the server's HTTP(S) protocol. Instantproxies supports the HTTPS protocol, which uses a secure data tunnelling encryption technology like SSL (Secure Socket Layer) to cover your online visibility.

Moreover, the HTTPS protocol enables Instantproxies to support the automation tools or bots for web scraping, crawling, or proxies in social media sites or sneakers.

One thing we like about Instantproxies is its emphasis on testing its proxy before buying them. Here, the Instantproxies will examine for you the performance of a proxy provider.

However, you cannot believe every test results for Instantproxies, hence it would help if you tested the proxy for yourself. Therefore we saw it worthwhile to examine the Instantproxies performance to make an informed buying decision. In the table below, we tested Instantproxies' speed and performance in social platforms and sneakers.

Overall, we like the speed of Instantproxies which we can gauge as an optimal speed. The other results for sneaker sites and social platforms are also satisfying considering the cheap price of Instantproxies. So let's learn more about each sample trial on the tables to follow.

Our first test was the speed test which we used a speed testsoftware and obtained results as per the table above. Alternatively, Instantproxies has a proxy tester that you can use to test the server's response time. You can find this proxy tester from the proxy admin tab.

In the speed test, we purchased five proxies samples for testing, where the results are evident from the table. Also, the variables we used for this experiment were ping or latent time, download and uploads in Mbps.

Our objective in this experiment was to download or upload a large-sized file in a short ping with no network bottleneck or disruptions. Network bottleneck, in this case, includes Captchas, blocks, errors, and Timeouts. Fortunately, our sample proxy five showed satisfying results because it used the least ping time to downloaded or uploaded large files.

Still, we realized Instantproxies speed varies in terms of nearness to a proxy server. If you use sites like whoernet , you will realise that the closer a website is to a datacenter, the more it will respond and vice versa.

In general, we love the speed of Instantproxies. Even though few datacenter proxies providers surpass its Instantproxies fastness, its cheapness in price gives it a winning edge over its competitors. Besides, Instantproxies have quality servers that transmit 1000mbps. 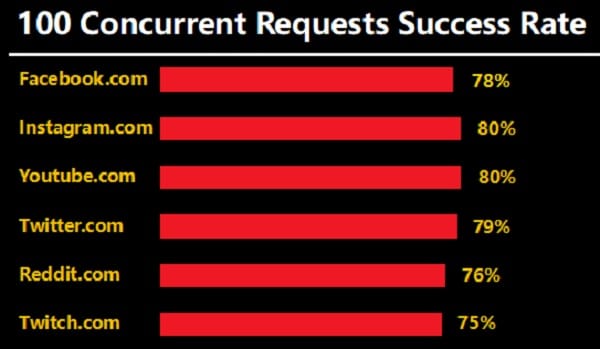 Our second trial was to examine the performance of Instantproxies on specific social media sites as depicted from the table. We used the specialized proxies of Facebook, Instagram, YouTube, and Twitter proxies. On the other hand, we used general private proxies for those social media sites like Reddit.com and Twitch that do not have specialized proxies.

On this trial, all the samples were above average except reddit and twitch.com. Surprisingly, these were the samples that did not have a dedicated proxy in Instantproxies. So you can see the significance of having dedicated proxies on any sites.

Our objective in these social media sites was to have a smooth scraping how on their data when remaining anonymous. We also wanted to determine whether we can make multiple accounts and successfully advertise on those social media sites. If we received blocks, timeouts, errors, and Captchas in some sites, we would minus some marks on these platform’s success rates.

However, we appreciate the connection speed of all sites although we received a few blocks, errors, and Captchas received in some sites. 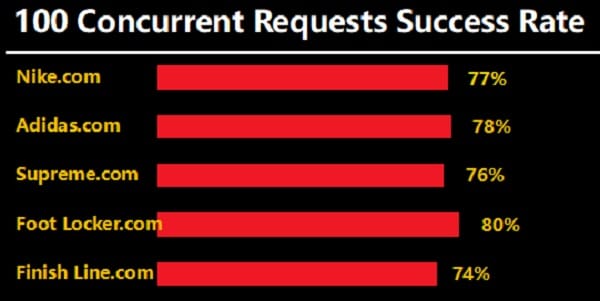 Do you want to have a datacenter proxy that supports bots that helps in making multiple sneaker purchases? Or do you wish to cop limited sneaker releases? With Instantproxies, you can cop multiple sneaker pairs and open multiple accounts on sites like Nike, Adidas, and supreme.

When we tested the performance of Instantproxies with sneaker pairs, we used the dedicated sneaker proxy to test five sneaker sites (you can see them from the table above.) per the results, only sites like Finish Line and Surpeme.com did not meet the average scores. That was because we experienced several blocks, timeouts, and errors we received when using InstantProxies.

Notably, we loved how we scraped smoothly on sites like Nike and Adidas, knowing their strict anti-scraping policy. On those sites, we could make more order pairs of limited sneakers without being noticed.

In short, Instantproxies is one of the few datacenter servers that scrape sneaker sites. So, it is good to give Instantproxies a shot when you want a sneaker proxy for your personal or business use. 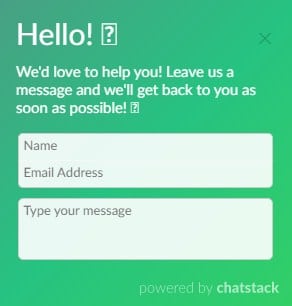 If you have any troubles with Instantproxies ’products, you can consult its customer support. But how do you reach them? You therefore open a support ticket or use a live chat.

With a live chat, you can contact an agent 24/7 who responds within a few minutes. There is also a FAQ panel in Instantproxies that answers a question regarding their services.

The bottom line is that few proxies match the cheapness and speed of Instantproxies. Still, Instantproxies is among the few proxy provider's providers with dedicated proxies that deal with many fields like social media, amazon, sneakers, and other sites. However, in future, we would wish Instantproxies to introduce a password/username authentication that further protects your identity online.

Yes, they have a dedicated proxy for Sneakers.

Yes, it also has Ticketmaster proxies that support the scraping bots for these sites.

If you want another datacenter proxies that have multiple specialized proxies, you could choose the SSLprivateproxy. Else, concerning the cheapness and fastness of Instantproxies, you could replace it with SquidProxies. Other than that, you might consider MyPrivateProxy, which is the best performing private proxy provider. 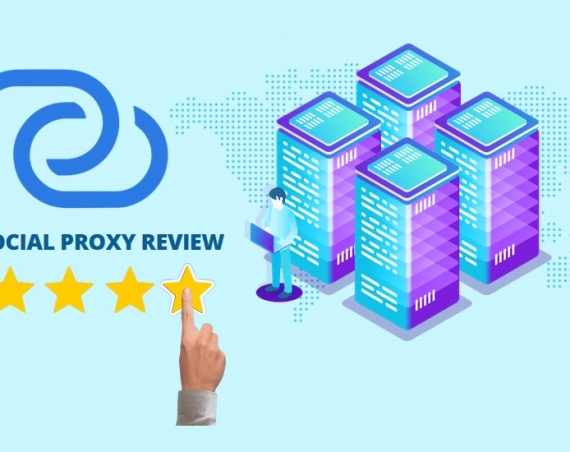 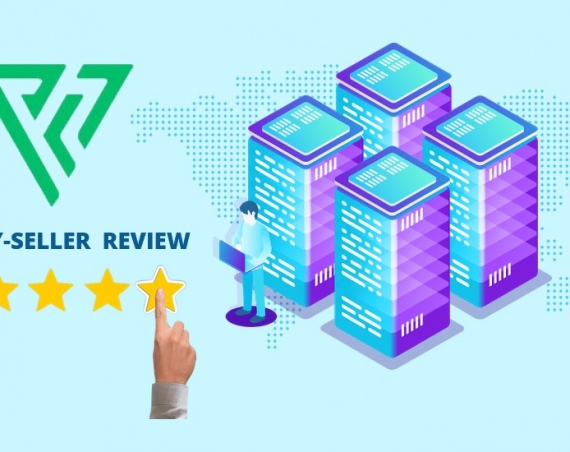